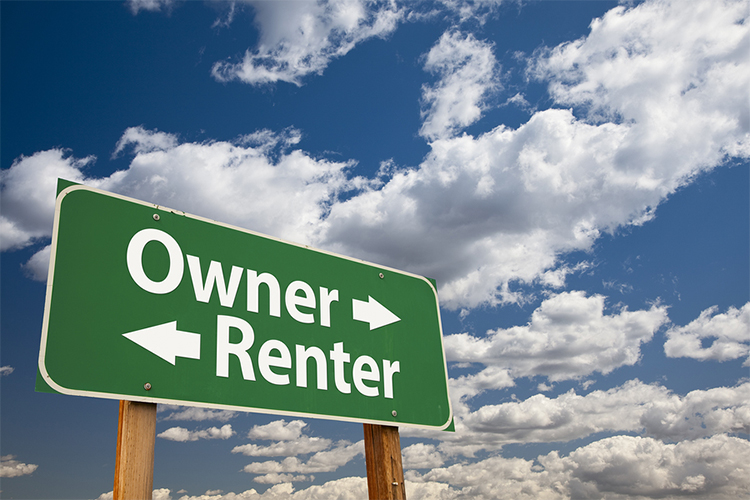 According to a new report from PwC, over half of 20-39 year olds will still be renting property from private landlords rather than owning their own homes ten years from now.

PwC predicts that total owner occupation will be down to just 60% by the year 2025 – that’s 10% less than the number of owner occupied houses just before the financial crisis.

House price increases of 5% a year and a continuing shortage of affordable homes are set to create what will be known as “generation rent” over the next decade. The report states that the high costs of raising a deposit is preventing large segments of society from ever jumping onto the property ladder.

The percentage of homeownership had increased for years after Margaret Thatcher introduced a right to buy policy, but this trend has now gone into reverse. The report from PwC suggests that by 2025 7.2m households will be in rented accommodation, in comparison to the 5.4m that are today.

Home ownership levels peaked in 2003, when 71% of homes were owned either outright or with a mortgage, as the liberalisation of the financial sector made mortgages much easier to attain. In the early 2000s, more relaxed lending criteria made it much easy for buyers to keep up with any increasing house prices.

PwC’s report highlights the growing divide between people who can get onto the housing ladder and those who simply cannot afford to buy a property. It states:

“House purchases have historically been a major factor in driving wealth accumulation of lower and middle classes. The inability of many to get on the ladder may limit this avenue to social mobility in the future.”

While the rise in house prices has slowed down a bit over the past year, PwC still expects prices to continually increase by 5% this year. A lack of available housing may therefore mean that the average home in the UK could set buyers back around £360,000 by the time the year 2020 rolls around.

The number of first time buyers rose to just over 300,000 last year, but this was still below the expected figure, and even though 71% of those born in 1970 owned their own home by the time they turned 40, it’s thought that of those born in 1990 only 47% will.

“Driven by a decade of soaring house prices pre-crisis and lower loan-to-value ratios post-crisis, the deposits needed by first-time buyers have risen significantly.

“As a result, a generation of private renters have emerged and this will increasingly be the norm for the 20-39 age group.”

The director of the campaign group Generation Rent, Betsy Dillner, thinks that the high costs of renting are preventing people from saving up for a deposit. She says the government need to invest directly in building new houses and reforming renting so that it can be a long-term alternative to those who can’t afford to buy.

A recent report from the Chartered Institute of Housing also underlined the potential long terms effects of decreasing home ownership, as it found a third of people aged over 60 will be living in rented accommodation in 35 years’ time.