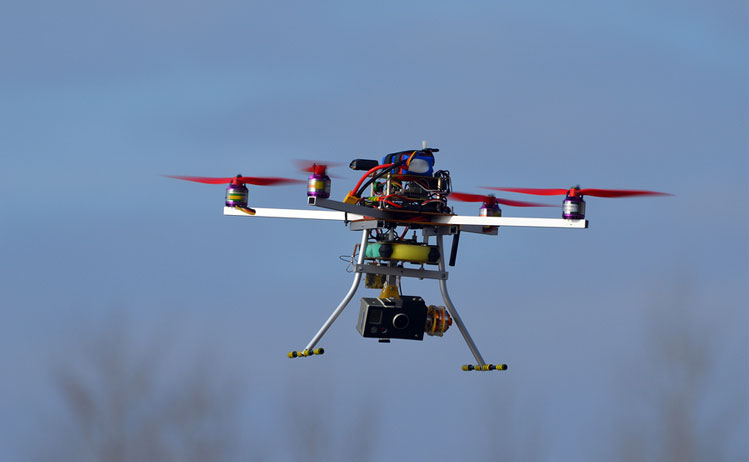 Traditional viewings tend to involve house hunters being shown around a property that interests them by a representative from the property’s estate agent. They walk around all the rooms of the house, and if they like what they see then they can arrange a second viewing for a closer inspection.

Years ago, selling a house involved just putting a few pictures of the property in the window of an estate agent in an attempt to catch the eye of passers by. Then came the websites with pages dedicated to individual properties with pictures and information about the house and it’s surrounding areas. Finally, property videos were introduced, so that any interested house hunters could see a short film showing the inside of the house.

In an attempt to provide a good perspective of a house, estate agents used to use cameras on masts to get a good shot from above, or alternatively, buyers would just have to look on Google Earth.

This could all be set to change though with the introduction of drones. No longer do entire film production teams need to spend hours capturing a property from all angles, as these small remote control helicopters can do it all and more.

The unmanned drones have video cameras attached to them and can capture a property from a range of different angles and give the buyer a panoramic view of the house and its grounds.

The best thing about a drone video is that not only can it give you the feeling you are actually walking up the driveway of a property and taking a stroll around the garden, but it can also take you around the neighbourhood and show you all the nearby amenities.

So far in the UK drones have mainly been used to film high quality videos of large, expensive estates, as they can really help to convey the vast expanse of a property, while simultaneously providing buyers with a bird’s eye view of the beautiful surrounding countryside.

One of the first properties in the north of England that has been filmed by a drone is Firby Hall, near Bedale, North Yorkshire. The property is worth £4.6 million and is part of a 57-acre estate.

The other types of property drone videos are good for are those that are not easily reached – if you are planning on moving to the other side of the country, for example, then the last thing you want it to go all the way there for a viewing and find you don’t like the house at all.

Technology is rapidly changing in regard to the property industry, and we are seeing some great examples of what’s to come in the digital age when in terms of buying houses. Jim Brookman, MD of elite developer Richmond Square, has created an app which will allow prospective buyers to see how the £30 million house he is developing on the Isle of Man will look once it is finished.

Interested buyers can use the app to walk through the house as if it has been finished and get a taste of what the huge estate has to offer, while taking in the beautiful coastal view. The likelihood is that as technology evolves the majority of overseas properties will be sold in this way, in an attempt to save the buyer both time and money, so they don’t have to fly out for a viewing.