Research has found that house hunters spend on average just 25 minutes and 30 seconds looking around a property before making the decision about whether they want to buy it or not.

The study reveals that in the time house hunters could have watched an entire episode of Coronation Street, including the advertisements, they could also have made the decision of whether to purchase a property or not.

With the average house now costing on average £250,000 in the UK, this means that each minute that is used in the decision making process is worth £9,804 of the overall price.

The study also found that some people are so eager to buy properties in this ever-competitive market that they will make the purchase before they have even seen the house in person.

The study was carried out by Barratt Homes and surveyed 2,000 people living in Britain. It asked what the average time was for them to decide whether or not to buy a house.

Results showed that 13% of people buy a property before they have even viewed it, and 17% would make the decision of whether or not to buy in the first ten minutes.

According to the 21st Century Living: Heads, Hearts and Homes Report, 3 in 10 homeowners made such a quick decision when buying a property because they “did not want to put off the vendor by spending too much time there.”

More than a quarter of homeowners apparently bought their home so quickly because they felt under pressure from the estate agency, and 10% said they were just short on time so needed to the get the purchase completed as quickly as possible.

“Purchasing a property, whether for the first time or the tenth time, is a major life investment. It is really important for the buyer to be 100 per cent happy and confident in their decision. But rushing this decision can and should be avoided.”

Mr Clare thinks that a lack of supply was the main issue forcing people to buy a house too quickly and that those trying to get onto the property ladder were worried about missing out on a house they wanted if they didn’t make a decision quickly.

He also thinks house hunters should consider viewing brand new homes, as this will take the pressure off and allow them to view the property as many times as they want, for as long as they want, without being rushed by anyone.

When you view a second hand home, you are likely to feel uncomfortable knowing other people currently live there and it can almost feel like you are invading their privacy, even though they are selling up.

It is important to take your time when buying a house, as it is most likely going to be the most expensive purchase you ever make. Do your research before you attend a viewing and make sure you have spoken to an expert to secure the best mortgage possible first.

How much can you borrow?

Use our mortgage borrowing calculator to find out how much money you can borrow to own your own home. The calculator is free and easy to use, simply enter a few key details to find out an estimate of how much money you could borrow, allowing you to make informed decisions about your new home. Please note this is only an estimate and can vary depending on the lender and your personal circumstances. To get a more accurate quote we recommend speaking to one of our advisors. 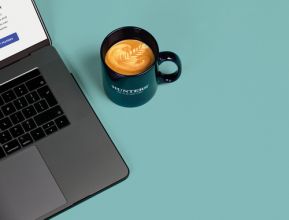 Many of our offices are able to recommend their own financial advisor who will be able to help and support you in the world of mortgages.