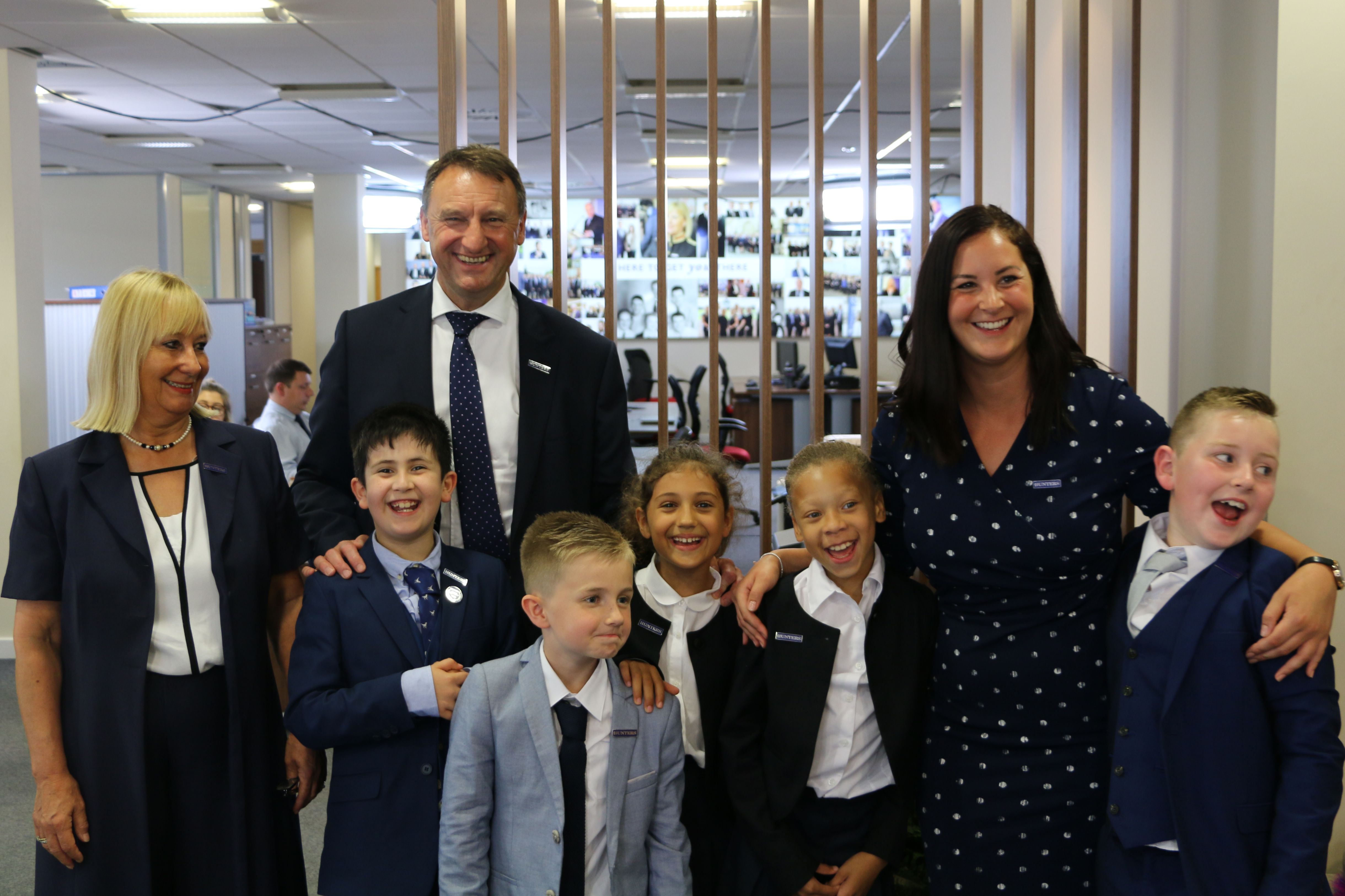 Leading estate agency Hunters will be the subject of a hit Channel 4 TV show when it airs on Thursday 16 May at 8pm.

Channel 4’s When I Grow up sees groups of primary school children from all over the country go headfirst into the world of employment, taking centre stage as full time employees at some of the country’s most reputable organisations. Hunters will conclude the three-part series, following episodes with Hello! magazine and artisan chocolate business, Montezuma’s.

Under the watchful eyes of CEO Glynis Frew, national sales director, Martin Robinson and York sales manager, Vanessa Wilson, a group of six children from different parts of the country descend on the Hunters Headquarters in York, where they are welcomed as the latest members of the Hunters Sales team. The children are tasked with finessing the art of telephone negotiations, property valuations, open-house hosting and they even take the reins at the Hunters Harrogate branch for the day.

The series, which has already received widespread acclaim from critics, makes for immensely enjoyable viewing by applying a light-hearted touch to the pressures of running an industry-leading professional business.

“When we were contacted last year to be part of the programme, we jumped on it. There was, however, an element of nervousness as the purpose was to let the children ‘run the business’ for a week. Our business is all about people, so we were delighted to be part of an experience that really explores this. We felt this would be a great opportunity for us to give the children and their families an experience they wouldn’t forget.

The concept behind the series is really good and its message around diversity is important for us as it speaks to our core values. We don’t have any preconceived ideas around who we’d like to join us at Hunters - as long as you’re willing to learn, work hard and show the right attitude towards customers then you’re more than welcome. The children were amazingly versatile, and we were impressed with their attitude and ability to carry out their jobs, each of them bringing something to the table. Safe to say we’ve got several CVs stored away for a few years down the line!”

“It was a great experience for us and for the children and we created some very memorable moments with lots of laughter along the way. We wanted to ensure they were engaged with the key elements we know are important for our customers and balance the fun of the job with the professionalism it requires. Customer service is key to us, so we were a little nervous about letting the children take over customer communication, negotiations and handle six figure sum sales. It was certainly an eventful week!”

Hunters, which opened its first office in York in 1992 and its first franchising branch in 2006, now has a network of over 200 branches nationwide, with offices in a number of key regions across the UK including London, Oxford, Bristol, Exeter, Middlesbrough, Manchester and many locations in between. Its services cover residential sales, lettings, buy-to-let and investment, residential block management, land and new homes, franchising and other property related services.