We help you buy, sell or let your property with ease

We take the stress out of selling and letting property.

Through our award-winning combination of marketing and technology, we help you find the right buyer or tenant in the most efficient way possible.

So if you want an estate agent that goes the extra mile and isn’t satisfied until you are, get in touch today. 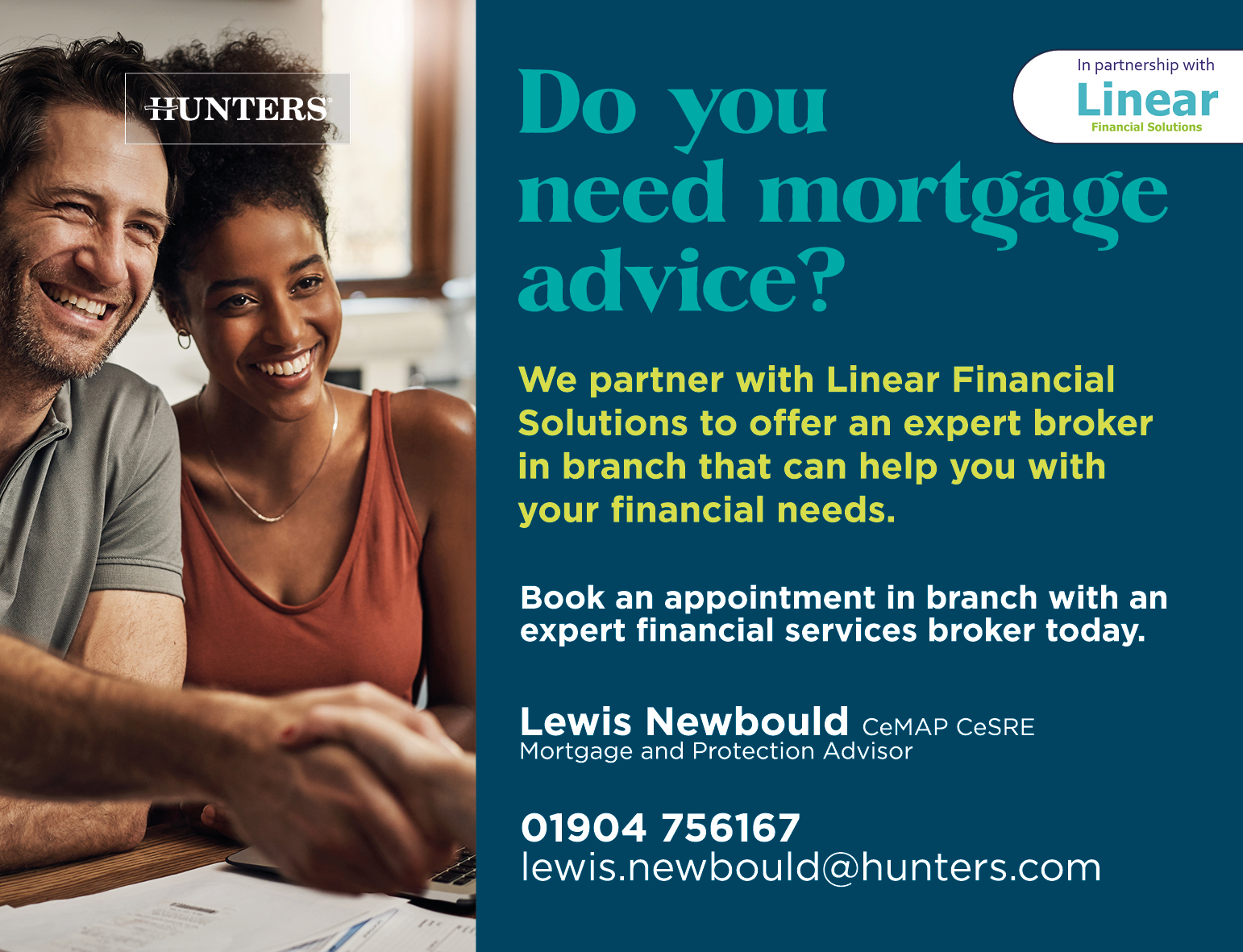 Our unique My Hunters portal means that you’ll never feel out the loop. Through your own login, you can track the progress of your sale or let, manage upcoming viewings, and review feedback from potential buyers or tenants. All of this is available 24/7, so you can constantly keep track of how we’re helping to sell or let your property.

You can also get in touch with us through the portal too, so you never have to dig out contact details and have direct contact with the agent you need to speak to.

As standard we advertise your property in all the places buyers and tenants are looking. This includes Rightmove, Zoopla, OnTheMarket, PrimeLocation and social media too.

This helps you reach a huge and interested audience who are looking for a property just like yours.

Eye-catching marketing to stop searchers in their tracks

Reaching a wide audience is one thing, but you need a good advert to get viewers through the door.

We offer a range of bespoke marketing services so you can pick and choose what you want to build a package.

Options include professional photography, videography, detailed floorplans and even a QR code for your signage to entice passers-by.

You should be able to run your business exactly how you want to. That’s why we offer a different range of packages for landlords so you can manage your properties the way you want.

Options range from only sourcing tenants through to completely managing your portfolio, and everything in between. It’s entirely up to you how involved we are.

Our combination of transparency and high quality customer service has made us York’s best estate agent, with over 90% customer satisfaction.

It’s as simple as that.

You deserve to know you’re getting the best service, which is why we only charge commission once we’ve successfully let or sold your property. That keeps us motivated, and leaves you reassured that we’re working hard for you.

What you can expect from us: So, if you are interested and would like to find out more, why not pop in and have a coffee with us next time you are passing?

Why you should buy in York

York is frequently listed as one of the best places to live in the UK, and it’s clear why. One of the most beautiful cities in the UK, if not the world, York has everything families, couples, young professionals and retirees could want.

45 minutes in the car to nearby Leeds and over an hour to the coast, York is well situated day trips outside the city or commuters looking to enjoy the pleasures of living in a smaller city. The A64 surrounds the city, making it easy to get to the coast and the A1, going north to Newcastle and south towards Leeds. York also sits on the London trainline with train services running every 30 minutes and getting you to the capital in less than 2 hours.

There’s no shortage of things to do in York. From world class attractions including York Minster, The National Railway Museum and Jorvik Viking Centre, to the picturesque and bustling Shambles, you’re bound to find a way to spend a Saturday.

Get a free property valuation today

Hunters will help you sell or let your property for a price you’re satisfied with. The process begins with a valuation of the property. We can do this either online (it doesn’t take long). Or, you can request an in-person valuation from one of our team. To get started, call us on 01904 621026.

Landlords/Tenants – for any queries relating to Accounts or Maintenance please contact the team on:

This Office is a Member of Client Money Protection Scheme; ARLA, C0015249

York is a beautiful, medieval city in the glorious county of North Yorkshire.

There are great transport options here. York train station has regular services to London (25 a day) that reach the capital in just two hours. There are direct services to other cities too, including Newcastle, Edinburgh, Birmingham and Manchester, which makes travel for work or pleasure really easy from York city centre. The M1/M62 is just 20 minutes drive, so travelling by car is also a good option. The park and ride service in York also helps when travelling into the city centre from the surrounding areas.

York has some high performing schools, including Fulford School (a secondary state school), and St Peters School, which is a private day and boarding school, with education options for children aged 2-18 years of age. The University of York and York St John University provide higher education options locally, and bring a large student population to the city.

The city centre has an intricate network of streets, which are home to some fascinating independent stores. The most famous of these is the medieval street, The Shambles. This beautiful cobbled area has overhanging, timber-framed buildings (some dating back to the 14th century) that are now shops selling sweet treats, gifts, clothes and accessories. It’s a magical place to explore, and many believe it to be the inspiration behind Harry Potter’s Diagon Alley, so several magic shops have set up here too.

All the high street names can be found within the city centre, including in Coppergate shopping centre. York Designer Outlet is just outside of the city centre too, with plenty of bargains to be found from big brand names like Timberland, Calvin Klein and UGG.

The Shambles Market Food Court provides some exciting street food options, like Los Moros for example, which serves North African food. There’s also Spark:York on Piccadilly, which is a new concept hosting independent food and drink options in a modern urban setting (this unique venue was created using 23 upcycled shipping containers). There are also workspaces, meeting places as well as a stage and performance area, which hosts regular events. All profits are reinvested back into the business.

There are some amazing choices when heading out for an evening meal or drink. With a great range of riverside bars and pubs, exciting fine dining restaurants, traditional pubs, wine bars and clubs, there’s something for everyone right in the centre of York.

Healthcare is well provided for, as York Hospital is right in the centre of the city, and there are also plenty of GP services and pharmacies available locally.

The River Ouse flows through the centre of York, providing some stunning scenes and gorgeous walks around the city. No visit would be complete without a walk along the medieval York City Walls, which were historically used to defend the city.

There’s plenty of places to go for days out within the city, like Jorvik Viking Centre, which explores the city’s Viking heritage, or the National Railway Museum, with its steam engines and historic carriages to learn about and explore. The city is also home to the largest gothic cathedral in Northern Europe; York Minster.

Properties for Sale and Rent in York

Find out the latest property news by following us on our social media.